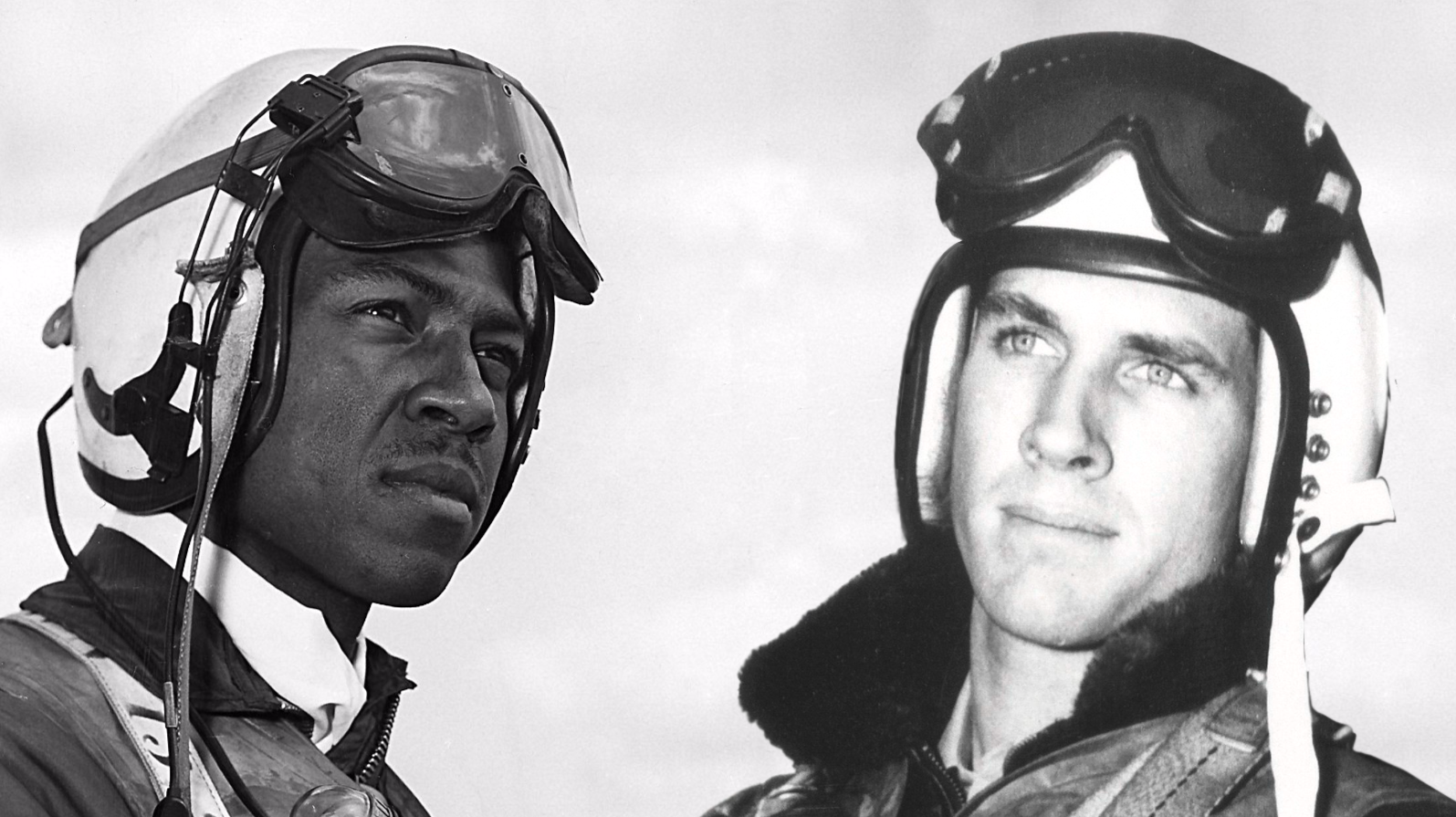 The inspiration for Fly For The Culture is the friendship of two young men during the Korean War: Jesse Brown and Thomas Hudner. Their story epitomizes the kinship, sacrifice, and love that transcends the boundaries of race and culture.

Jesse Brown grew up in Mississippi during the Great Depression. Although his family was far from wealthy — his father was a warehouse worker and later a sharecropper, his mother a schoolteacher — Brown’s parents instilled a dedication for learning and hard work. When he was a young boy, his father took him to an airshow where he was captivated by flight and set his sights on becoming a pilot. In the days before the U.S. military was desegregated, this was almost inconceivable. Brown nevertheless persisted. He worked to afford college and attended Ohio State University. Following graduation, he commissioned as an Ensign in the United States Navy and proceeded to flight training. Despite overt racism, Brown earned his wings of gold and made nationwide headlines when he became a Naval Aviator.

Thomas Hudner grew up in New England and attended prep schools where he served as the captain of the school’s track team while also playing football and lacrosse. Following the attack at Pearl Harbor, Hudner was inspired to join the military and was accepted to the United States Naval Academy. This was a deviation from the white-collar career his parents expected of him and some felt he was making a mistake. After graduation from the academy, Hudner served in several non-flying roles before deciding to enter flight school. He qualified as a Naval Aviator in 1949.

Despite their very different backgrounds, Jesse Brown and Tom Hudner became friends when they were both stationed aboard the USS Leyte in Korea. On Dec. 4, 1950 both partook in a six-aircraft exercise to support U.S. Marine Corps ground troops, with Hudner as Brown’s wingman. During the flight, Brown sustained small arms fire which destroyed his fuel system and forced him to crash land in the snow behind Chinese lines. After the initial impact, he signaled to the rest of the flight that he was indeed alive. However, he was trapped by the crumpled airplane. In an action for which he was later awarded the Medal of Honor, Hudner intentionally crashed his airplane in the snow and ran to Brown. He tried a variety of ways to free him from the wreckage and extinguish the fire which followed the crash. A rescue helicopter arrived but was forced to leave almost immediately as night fell, taking Hudner with it. Jesse Brown is suspected to have died shortly thereafter. Hudner pleaded repeatedly to be allowed to return to free Brown, but his request was denied for safety concerns.

Hudner served in the U.S. Navy for 23 more years. In 2013 he visited North Korea to attempt to recover Jesse Brown’s remains, but was denied by authorities. He died in 2017 at the age of 93.